The Los Alamos Amateur Radio Club has a rich and long history. The club was founded in 1947 right at the end of the Manhattan Project, and it became affiliated with the American Radio Relay League (ARRL) in 1948. It has been in existence ever since. The documents below show some of our club's events over the past 70 years.
​ 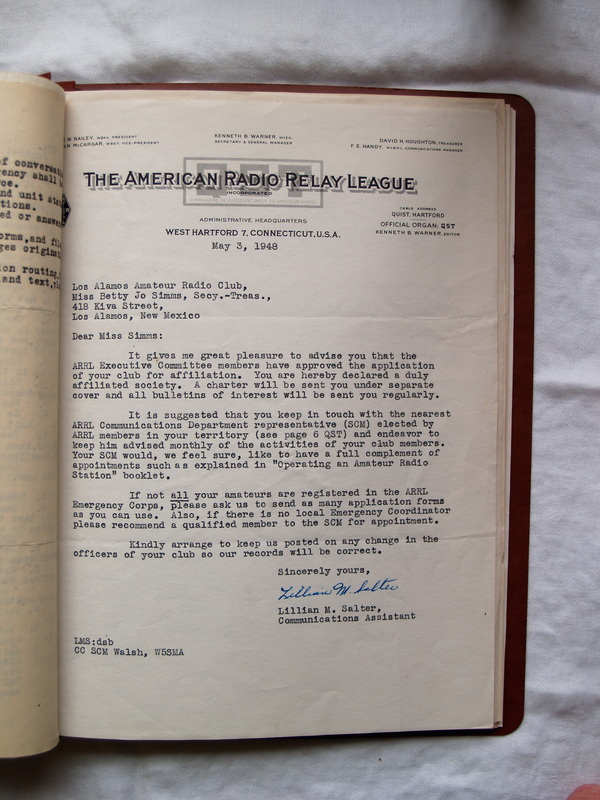 Download File
The pdf file above shows the LAARC member list as of April 1966. Most hams listed here have since become SK.

Nominated for Board of Directors

There were no nominations from the floor and all candidates were elected
by acclamation !!!

73's
Richard, W5IL
On September 30, 1974, the club was instructed to vacate its location in the Atomic Energy Commission building east of the airport and move to the new location at the CD-1 fire station on Arkansas St. where the club still resides today. The letter by Robert Porton, Director Civil Defense at LASL, instructing the club to move to CD-1 is shown below. This letter also highlights LAARC's  "...role in supporting the Civil Defense and Emergency Rescue activities of Los Alamos...", an important function the LAARC has continued to provide to Los Alamos to the present day.
(c) 1946-2022 Los Alamos Amateur Radio Club